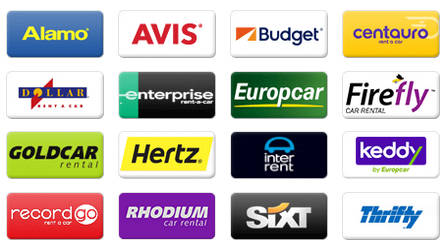 Compare companies and save on your rental car

Do I need a credit card to hire a car at Tenerife South Airport?

You can make a booking without a credit card with autospain.co.uk. Note that, even if you choose to pay by debit card, you will have to provide a valid credit card in the driver’s name at the time of pick-up at Tenerife South Airport, since the rental agent requires a credit card from which to take the rental deposit. Credit cards accepted for pick-up are MasterCard, Visa, and in some cases American Express.

What types of car can I hire at Tenerife South Airport?

Which are the cheapest car hire companies at Tenerife South Airport?

In the past 14 days, the cheapest hire cars in Spain were found on Autospain.co.uk from AutoReisen, Canarias.com, Autos Valls, Orcar Canarias, TopCar, Autos Menorca, Drivalia and Atesa. It is usually cheaper to rent a car in the city than at Tenerife South Airport. However, it pays off to compare the price between the airport and nearby cities before booking your car. At Tenerife South Airport you can hire a car for € 12 - 27 per day, depending on the season and type of car. Compare our prices with sites like TUI, Rentalcars.com, Kayak.co.uk, Auto Europe, DoYouSpain and HolidayCars.com before you book.

Which car hire companies are near Tenerife South Airport?

How much does it cost to hire a car at Tenerife South Airport?

Renting a small car at Tenerife South Airport costs from about € 12 per day, depending on the season and supply. Sometimes you can find cheaper cars to hire depending on the season. A normal-sized car costs from about € 27 / day. The price is based on a weekly all inclusive hire for 7 days. In the majority of cases the hire price includes unlimited mileage, airport fee, third party liability protection, breakdown assistance, tax and collision damage waiver. Please note that the costs included may vary depending on the hire cars agent and destination country. The car hire agent may also choose to ask you for a deposit or excess at the hire desk. Make sure to check the hire conditions at the time of booking.

Which optional extras are available at Tenerife South Airport?

The availability of optional extras depends on the car rental company at Tenerife South Airport and even if they are booked online they are not guaranteed. The following extras can be booked on Autospain.co.uk: Booster seat, Additional driver, Luggage racks, Roof Rack, Ski Rack, Wi-Fi Access, Infant child seat, Child toddler seat, GPS – Satellite Navigational System, Electronic toll pass, Snow Tyres and Snow Chain Set. Please note that most of the optional extras are not included in the rental price and can be purchased at the time of booking or at the rental desk. The cost of the optional extras are displayed at time of booking in the Rental Conditions. 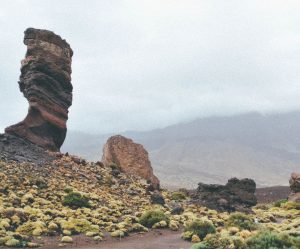 Several car rental companies have offices in the Tenerife South Airport terminal building, allowing you to rent a car right away. Renting a car in Tenerife is popular, especially during the high season. Gasoline is also cheaper than in the rest of Europe, the roads are good, and getting around the island is easy and enjoyable. Cheaper rental cars are in high demand, so you’ll have to choose from what’s left when booking a rental on the spot.

As always check insurance coverage, different restrictions and renting of extra equipment, and so on. Do a price comparison to avoid surprises and save money. The rental car park, which is located next to the terminal and has a capacity of 527 cars, is allocated for the car rental firms. Search and compare rental cars and car hire that you pick up directly at Tenerife South Reina Sofía Granadilla Airport. Our search service looks for all pick up locations nearby the airport. Rent a car cheap at the airport where every cost is included, no hidden fees and free cancellations/amendments up to 24-48 hours before you are supposed to pick up the rental car.

An easy and safe online booking of rental cars at Tenerife South Airport. Book from a large or minor car rental company? Even if you want to rent from a large company it could be worthwhile to compare the minor one´s first. Local car hire companies can offer very good prices in some places, like airports. At our website you can compare prices on rental cars and car hires from several companies at Tenerife South Airport in Spain. Find the best prices for rental cars online directly at the airport. Autospain.co.uk only lists prices from companies that are safe and quality assured so that there will not be any problems when you arrive at the airport.

Convertible, fullsize, 5 seat minivan, estate, 9 seat minivan, minibus, standard, moped, minivan, economy, luxury, mini, suv, jeep, intermediate, compact, cargo van, premium, 7 seat minivan and automatic transmission cars are car types and models that autospain.co.uk can compare prices on. More information on where to you pick up or return your rental car, will be given after your reservation has been made. All companies have their own offices where you can pick up keys etc. On site there are also car rental companies like Canarias Hotel Fantasia Bahia Principe on Avenida J M Galván Bello Sn Golf del Sur, Goldcar Europcar on Reina Sofia el Medano Granadilla, Budget Avis on Granadilla, Canarias Hotel Arenas del Mar on Avenida Europa 2 el Médano, Jocar Canarias on Avenida Santa Cruz 65 San Isidro, Interrent on Granadilla, Topcar on Granadilla. Compare car hire for a day, long term, one year, a whole month, week, weekend or for as many days as you wish. Collect the car in one place and return it somewhere else, e.g. another city or country? It is possible to rent a car for one way, called the one way rental.

Data, facts and information about Tenerife South Airport (Tenerife South Reina Sofía Granadilla Airport). Airline companies that fly to Tenerife-South Reina Sofía Granadilla Airport are Aer Lingus, TUI Airlines Nederland, Corendon Dutch Airlines BV, Air Europe, Alba Star, Belavia, Edelweiss Air AG, Binter Canarias, British Airways, Brussels Airlines NV/SA, Condor Flugdienst, Czech Airlines JS, Easyjet UK LTD, Edelweiss Air AG, Iberia Express, COM Limited, and many others. You can wait for your flight in the VIP lounge at Tenerife South Airport or pass the time in restaurants, cafes, and bars. If you don’t have time to purchase gifts for friends and family, you can do it immediately at the airport by visiting the Duty-Free shops. The South Airport features a playground and a mother-and-child area for passengers with children. A first-aid post, banks, tourist offices, a post office, and a chapel are located in the South Airport’s terminal.

Aeropuerto Sur Salidas are bus stations and stops for buses nearby. Titsa offers public bus services to all parts of the island. Line 343 runs to the South Airport. There is also taxi service at the airport. Buses 111, 711, 343, 415, and others depart from the airport. The shuttle bus No. 111 will transport you to the island’s capital, Santa Cruz. The number 711 shuttle bus connects the airport with the island’s cities and famous beaches. The 343 route connects Tenerife South and Tenerife North airport. The airport is connected to Golf del Sur and other areas south of the island through Route 415.

You can take a taxi to your destination if you need to get there fast. A trip to Playa de Las Americas costs 30-35 EUR, Los Gigantes costs 65 EUR, Puerto de la Cruz costs 110 EUR, and the North Airport costs 90 EUR. Pricing is set for all taxis, and payment is made according to the meter.

There are three areas for parking at the airport: parking P1, parking for rented cars, and parking for buses. Parking P1 is a short distance from the terminal and contains 532 places, 12 of which are reserved for disabled. The cost of parking and how to make a reservation may be found on the airport’s official website. The bus parking lot, which has 88 buses and 37 minibuses, is dedicated to bus operators.

How to search for a car in Tenerife South Airport on Autospain.co.uk!

Search for an airport or a city and choose your destination from the list. If you search for an island or other place, auto suggestion will list the major airports in Spain. Search and book well in advance in Tenerife South Airport if you want to hire an extra-large car and/or want to book extra options such as kids seat, GPS, tow hitch, infant car seat, roof rack and booster seat etc. It is also possible to rent a car for one way drive and long term in Spain, called a one way rental. You pick-up the car in one city/airport and return it somewhere else, e.g. another country or city.