Compare Rental Cars in Adeje, Spain with all inclusive prices

Prices from large companies as well as small ones in Adeje 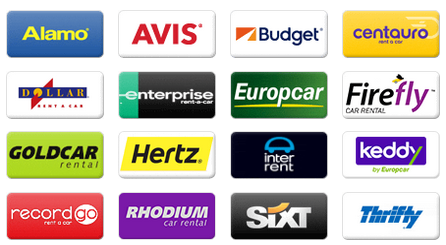 Compare rental cars and renting of a vehicle from several companies in the town, Adeje in Spain. We compare large companies as well as small and find the best price for all types of cars.

Adeje (Costa Adeje) is located in the municipality Santa Cruz de Tenerife, Canary Islands region, Spain and is a town. Is a locality in the area. It is the 9th largest town/city when it comes to inhabitants in the region and the 205th largest city/district in Spain. Smaller villages, communities and suburbs nearby are Santa Úrsula, Santiago del Teide, Tegueste, San Sebastián de La Gomera, La Victoria de Acentejo, El Sauzal, La Matanza de Acentejo, Hoya Grande, Taucho, Barrio Los Menores, Fañabé and La Caleta. Regardless of how long you are staying the town there are things to experience and do. The town has about 43 200 (2015) inhabitants. Larger surrounding cities/communities are Santa Cruz de Tenerife (c. 222400 pop), San Cristóbal de La Laguna (c. 150700 pop) and Arona (c. 78600 pop). The community and town is about 284 meters above sea level. Get some tips on local companies in Santa Cruz de Tenerife.

A few suggestions on events, attractions, museums, activities, experiences, places and destinations in Adeje which are worth a visit during your holiday in the town. Swimming and sun bathing on the beach? You can do that on Playa Las Galgas, Playa de Fañabé, Playa Barranaco del ingles, Playa Diego Hernandez, Playa la Pinta Puerto Colon and Playa El Duque. Take a trip with your car and make a visit! Amusements parks, water parks and theme parks in and surrounding the city are Siam Park Tenerife, Aqualand and Karting Las Americas. Are you looking for aquariums, tropical houses, safari parks, tropicariums, zoos, and terrariums nearby? Camel Park, Monkey Park and Jungle Park might be worth a visit. Wine tour and tasting in Adeje? Vineyards and wine producers that are close to the the town are, for example, Tierras De Aponte, Finca Ecológica Alma de Trevejos, Bodega Cumbres De Abona, Reverón Wines and Chinyero.

El Duque Castle and Castillo de (Castle) San Miguel are new as well as old beautiful castles to see and they are located in the town centre. Golf trip and need to rent a car? Golf Costa Adeje 3 km, Abama Golf 8 km and Golf Los Palos 10 km are some golf courses that are close to the community. Paragliding Park Tenerife Taucho and Outland Paintball are located nearby if you want to watch sports or see a game. Cultural centres such as Centro Cultural de la Villa de Adeje are located close to the town centre. Interesting cathedrals or churches that are close by are Church of Santa Úrsula. Do you want to see the views? Viewpoint Tancón, El Viewpoint Archipenque and Parador de Las Cañadas del Teide are observation points in the central parts of town. Parks, green areas and plantings worth visiting for recreation and relaxing are Barranco del (Ravine) Infierno.