Things to see and do in the city of Denia 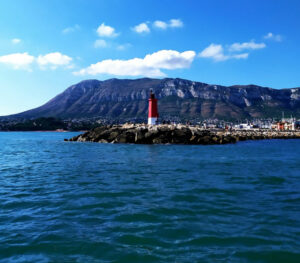 When you make plans to visit Spain, you are spoilt for choices amongst the huge number of beautiful destinations to visit. One of the best destinations in Spain that you must not miss out on is the town of Denia. Located on the Costa Blanca or the White Coast, the town of Denia is a popular winter holiday location. This coastal town has one of the mildest climates in Spain, and it is home to four Blue Flag beaches. The cuisine of Denia is also well known, especially Denia prawns, which can only be found in a deep-sea trench in the waters between Ibiza and Denia.

The best way to explore the town of Denia is to rent a car. With so many car rental companies prevalent in the city, you will be spoilt for choosing which rental cars to pick. From cheap car rentals to luxury car rental cars, there is something for everyone in Denia. You can do a quick car rental comparison online to check out the different prices and special offers of the car rental companies to select a rental car within your budget. You can also compare car rental prices once you arrive in Denia. Compare car hire companies such as Avis, Hertz, Europcar, Budget, Sixt, Thrifty, National, Enterprise, Alamo, Dollar, Keddy By Europcar, InterRent, Firefly, Flizzr, Surprice, Goldcar, Rhodium, Hertz Dream Collection, Autoclick and Nomadcar.

Here are the best things to do in Denia when you go there for your next vacation.

1. Check out the Les Marines Beach

Located north of the Denia Harbor, Les Marines is one of the best beaches of Denia. Sprawled over three kilometres, the beach is known for its soft golden sands. The beach never gets too crowded, and you can relax and rejuvenate peacefully as you sunbathe and soak in the lovely golden sunshine here.

Located just behind the beach is a series of low dunes, apartment buildings, and luxurious holiday homes. The waters here are shallow and gentle, making it the perfect beach for kids to swim and play.

This is a Blue Flag beach, and there are several bars and restaurants located along the beach.

Sitting on a small hilltop just behind the city’s port, this famous castle in Denia was constructed by the Moors in the 10th century. The castle was built on top of the foundations of a Roman fortress. The castle used to be home to the Moorish governor of the Daniya Madinat in the 11h century. Later on, it was converted for military purposes to protect against Barbary Pirates who were known to attack the Denian coast incessantly.

The castle is also the highest point in Denia, and from the roof of the castle, you can get some of the most stunning views of the harbour and Montgo to the south-east.

This monolithic mountain is 750 meters high and separates the city of Denia from the neighbouring Javea. Though the mountain looks very rugged, it is actually a very straightforward climb to the top.

For adventure lovers, it is best to hike up the mountain from the eastern side, as the paths on this side wind up easily along the limestone terraces.